Please come to the town hall meeting tonight to express your objections to the city closing the existing animal shelter, and outsourcing it to another area. At the city council meeting this week, the mayor instructed the Acting City Manager to go ahead and begin the process to close the shelter, and to outsource it. The shelter will close unless people raise their concerns and objections in a public way. Attend the meeting tonight, write letters and send emails!!

From Nancy Bianchi, Friends of the Alameda Animal Shelter:


Hi All:
Please pass this link below on to everyone you know who wants to keep the shelter open. I was at the city meeting last night and the mayor instructed acting the city manager to start with the plan to close down the shelter and outsource the shelter to either Hayward or Fremont. There were only about 11  FAAS/Shelter members there who were for the shelter.
No one else bothered to show up. If you want the shelter to stay open you need get involved. They really do not have agood plan nor do they understand how the shelter is run and the service it provides to the citizens of Alameda. Last year 1,316 animals passed through the shelter. They won’t go away just because it closes and it will not save as much money as they are telling people. They still have to pay for the outsourcing, the animal control officers, the shelter will still have to be open in some capacity to hold the animals until they can be transported.  Also who is going to take care of the animals before they are transported. Who is going to clean the cages. Volunteers are not allowed to touch the animals for 10 days because of the hold requirement and until they are tested to make sure it is safe to handle them so they can’t count on the volunteers. They will have to pay someone to do that.  On paper it may look good to them but in reality it doesn’t make sense.  Also, animals will be euthanized because of lack of space.  That currently does not happen in Alameda. The city does not euthanize for time or space.
Nancy
Here is the link to the Town Hall Meeting details:

Thanks for your comments. Woof, woof!

Send us YOUR small dog's portrait! (click bone to get to gallery!) 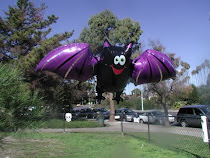 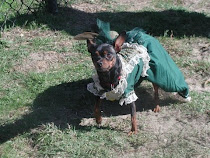 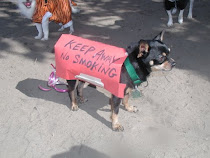 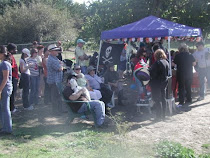 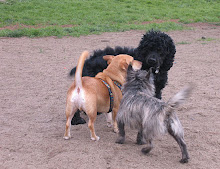